You walked into this piece in the show, as if walking into an inner temple: the inner gallery walls seem to contain you so it’s like a space set apart. Once inside, visitors always remarked on the peace in this painting and I’m sometimes surprised, as perhaps it’s only later that they only notice the frenzied city lights of Hong Kong at night in the centre!

In the foreground, a half-drowned, empty cinema. Slightly forlorn, but going down majestically. The glorious past, perhaps, making way for the future. So there is a kind of small sadness, even melancholy perhaps, in this work.

Whenever I paint Buddhas the painting always goes well. This Buddha is the world’s largest outdoor seated Buddha on my island, Lantau island, in Hong Kong. It’s also the subject of my first ever good photograph – I walked up the (endless, to me!) steps as an 8-year old and the Buddha appeared behind the mists, whereupon I quickly took a photo.  My Buddha has the face of Sook Yee, my old Chinese painting master in Hong Kong.  She passed away many years ago and in a way this is dedicated to her. 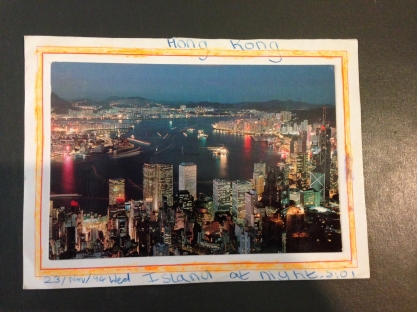 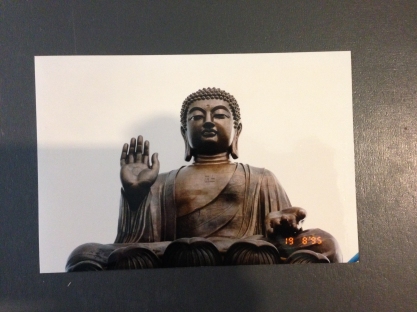 It was hung next to another Buddha painting (The Buddha of Emei Shan) on one side, and on the other side there was another cinema painting (Catch Me (them) If You Can – Разве за ними угонишься), which itself also has Soviet elements.

Like a rocket blasting into my life, the Soviet space dogs in the corner are, I realised much later, a bit like my husband (to whose era the space dogs belong) blazing into my life, disrupting it and messing it up forever… and I’m glad of it. The subjects in this painting are so intensely personal it’s actually refreshing to have something completely different as a ‘doodle’ in the corner. In the absence of a margin or frame, this work has the extra element directly within the main piece, causing chaos in art as in life. For me, it’s another world, entirely foreign and entirely fascinating. In a way, history is divided into 2 halves: pre-moon landing and post-moon landing. My husband grew up on the cusp of both. These two space dogs are Belka and Strelka (Белька и Стрелка – Little White and Little Arrow) – that were sent into space and came safely back to earth (sadly, the first dog, Laika, did not) – and were consequently immortalised in Soviet postage stamps, posters and ephemera of the time.

More to come on Soviet posters.  They are from an era just before ours when the world waited, with bated breathe, to enter the universe for real ~ 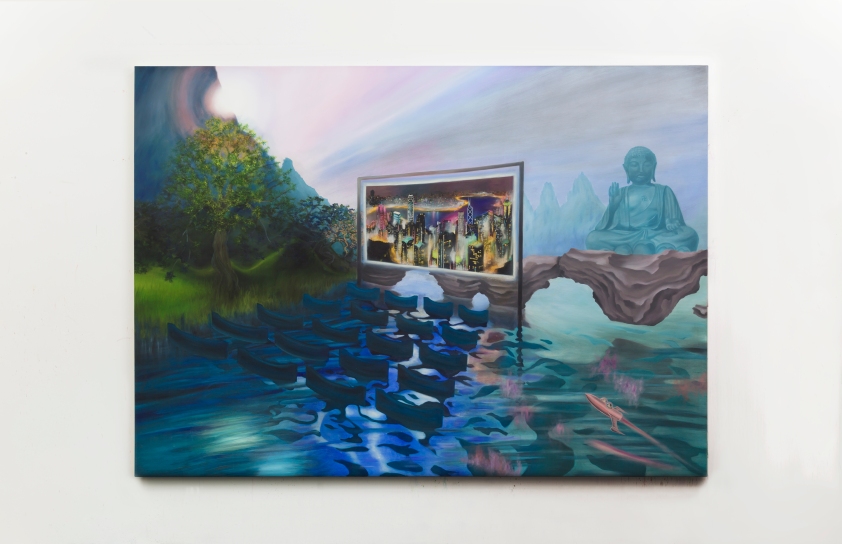